It’s about four months since S.T.R.A.P last released new music. In that sense pretty much any release; early January he released Listen with Big Sam. STRAP had a fully packed abstract album last year an hypothetical journey that he presented, which stems directly from Oblivion as regards its abstractness. Futuristic past to me will always be a point of reference to his music as regards chronicling his own history, his philosophical imaginations and interpretations of humanity but not the political correctness that swirls in his art always.

How is it important here? Oblivion is important a project too even more political, and it is the actual back drop for Judgement Day (listen to 360 motion as he ).  Futuristic past has the unusual but yet well brush stroked abstractness and the Persona well-grown and developed a contrast of him self prior to FP. It has top-notch production and , to phrase in familiar lingo – dope production. The two points in mind is the product this track comes from.

And now the reasons….

“Say Hello to the Great Sky”

1. The song has some highly sophisticated (*) production which is a good marker for UG Hip hop. Aren’t we trend setters?  Think about it. Bigg Kid graces the track with his amazing production, melody, and spirituality is the outcome.

2. S.T.R.A.P backs up the track perfectly, to allow the anger, the serious mood being set to escape the absurdity that the track seeks to clear up. He evokes spirituality, self-reflection, agony and entreat with his auto tuned, ” Oh no noo noo oh” – You remember the familiar melodic back up on Listen

3. Political correctness is all over this one. As an artist he seeks to explore issues that he thinks (for the matter of how he sounds) should be reexamined, re thought before judgement day. S.T.R.A.P. is questioning the authority we give leaders, what we do to survive and the power of Control systems. (I hope i tried there, and well there is a line that references Game of Thrones, an  American TV Series (♦))

“The Price to be a leader…”

4. More political correctness, the ills that Third world countries suffer such as Post election Violence, political betrayal are hinted on. S.T.R.A.P also gives his hopefulness for his people to get something to their name; this  explains the reference “third world eminence”. Crime, Violence, Selfishness, and the need to read between the lines pervades the song.

5. Abstractedness, as the usual meal is from a STRAP NKoba song or body of work. It’s weird he metaphorically references his name Nkoba on the hook but not STRAP or Sound That Roars African Pride (that’s what S.T.R.A.P is in full). He stands as a representative of his people (Ugandans  most likely), a symbol of empowerment because as them he is “born for greatness”

“My other half taking care of ma seed / While am gone to think about it Am a locked up free Man/ Waiting for my Judgement day to come back home.

6.  Am a locked up free Man. Yes i feel like this line is another reason you should listen to the song. It hints on the prison most of us are trapped in and the next line in 7 below, explains the desensitized generation we live in, that we are lured and tranced.  STRAP always has a thing for ‘rewind and re listen lines’. The mood and manner which he says it at this score justifies it all. Once again the manner which he says, ” Am a locked up free man”, makes you want to think about your own self or our time where captivity is the new “Freedom”

7. Is Bil Cosby really Pill Cosby? … I don’t know! , And of course good lyricism is what embodies this track, a little story telling but well layered bars making it a narrative to Selfish governments, misuse of power, crime, and the nothingness of life when it isn’t serving good purposes.

That  line above in 7 seems to be the most important as regards understanding Mr. Nkober’s meaning of Judgement day. The Play on Pill Cosby and Bill Cosby annotates to the American Stand up comedian’s not so recent allegations of  Bill Cosby … pursuing women for sex using power, pills and money. If You followed the Oblivion very well the Blue and Red Pill theory is hinted on. This play on words helps to explain the opportunistic MAN that we are and live with, no conspiracy though This is a message from the oppressed if you asked me. The consolation is that there is judgement day on the way but how Shall you be prepared for it?

First To under stand the blue and red pill theory, re-listen to Mephobia   off Oblivion  and also  pay attention to H.O.L which some  how resonates with the themes on J D. he raps saying “Little kids addicted to pills…”

Secondly this isn’t a song review! It’s a gesture of it and the seven key points (Annotations) that make the track so important.

(*)  Amazing and not easy to understand because it is still amazing. 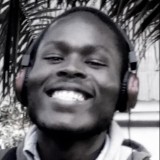 Ayella is a passionate lover of Hip Hop with an expansive knowledge base that keeps growing in UG Hip Hop, Spoken word and poetry.

3 replies on “Causal Music: 7 reasons You should Re/Listen to STRAP’s ‘Judgement Day’”

[…] has a plan for you on his mission to Roar African Pride. After releasing an exquisite hip hop album last year and a few singles this year, S.T.R.A.P adds […]

[…] repin’   in the States had producers Jay Jay and Bigg Kid which names are familiar from his Oblivion and Futuristic past albums. Sights of vinyls and more to create listen  situation characterize […]

[…] and singing with yet a twist is what I was in for. And who would have thought; the STRAP on Judgment day has been surpassed as regards harmonies and polarizing the hooks. Don’t  hope he switched far […]