As we all know, music is powerful; it is an easy way to bring people together to support an important cause. With October being Cancer awareness month, the A Few Good Friends Project (AFGF) teamed up with a few creatives and the media to participate in the fight and sensitization of Ugandans about cancer.

AFGF is a project that aims to use friends and the different kinds of relationships to increase awareness about cancer. The project uses music and numerous other forms of art and media channels to push informative messages, messages of hope and inspiration as regards the fight against cancer. [source: AFGFs YouTube]

AFGF’s participation in the cancer awareness month this year leaned heavily on the release and promotion of the A Few Good Friends album’s theme song; “Wantama”. The song by AFGF features talented artistes; Zion MC, AJO, Lethal, St. Nelly-Sade, Enigma and T Bro. It was produced at Urban Aksent by Lawraid Vybz and video directed by Woko Derrick. The artistes passion about the fight against cancer, creativity and talent shines through the whole song.

The shots of a boxing match between the people and a boxer versus cancer reechoes the need to join the fight and “box out” cancer.

This project is also a tribute to the departed friends who likely lost their lives to cancer like the former news anchor Rose Nankabirwa.

“Wantama” creatively communicates the “disgust and hate towards cancer while imploring listeners” to screen for cancer early as it is an effective way to combat the disease. The fight is for every kind of cancer that can exist.

It emphasizes that cancer is not a death sentence, and with early testing, the disease can be detected early. Many people have defeated cancer and gone on to live healthy fulfilling lives.

Cancer is a large group of diseases that can start in almost any organ or tissue of the body when abnormal cells grow uncontrollably go beyond their usual boundaries to invade adjoining parts of the body and/or spread to other organs. The latter process is called metastasizing and is a major cause of death from cancer. A neoplasm and malignant tumour are other common names for cancer. 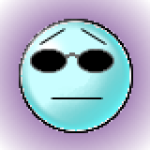 NuveyLive is an Independent media platform for creatives

How to support The NuveyLive Podcast

Fik Fameica’s love for Fashion and why he can Bank on it: see his best 10 stylish outfits