Tucker HD has released his third offering in 2020, “Leagues and Levels”. Just in one month he has been on two features with B Flex (“Mpambana”) and Blixxack (“Addiction”). For those who have had the thirst for Tucker HD’s music it seems he is planning for you.

“Leagues and Levels” was produced by Jammy from Cameroon, and recorded, mixed, mastered by Samurae. We surely expect lots of music from given that he is dropping tracks this way. The cove art fir this track seems to be a photo with friends at a football game. Tucker weaves lyrics inspired by competitive sports.

Just so you know here is the minimalist music video 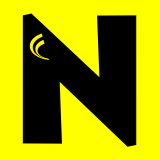