Uganda’s first ever Satellite, PearlAfricaSat -1 is set to go into space today, making us the 20th African state to have a satellite after Egypt, Sudan, Rwanda, SouthAfrica and many others.Uganda launched its first Satellite today at exactly 12pm midday in Dulles, Virginia.

Uganda is among the several Africa, Asia and South America countries benefiting from the Birds Satellite projects that started in 2015 by Kyushu Institute of Japan.
Basically, it’s the PEARLAFRICASAT-1 the first satellite developed by Uganda that has been assembled by three Ugandan space Engineers. The team compromises of engineers like Edger Mujuni, Bonny Omar and Daniel Tebusweke who were enrolled in 2019 at Kyushu Institution of Technology under training of Space Technology.

According to the engineers, the PearlAfricaSat-1 will help to provide research, gathering of data in six primary areas like weather forecast, land, water and mineral mapping, disaster prevention, border security, infrastructure planning and more.

The launch was with the Assistance of the US National Aeronautics and Space Administration (NASA).

The command and control Centre are at Mpoma in Mukono for the management for the satellites in Uganda.

“it’s time for Uganda to utilize technology at the highest level ever, Kudos to H.E President” says Omara Bonny, one of the Ugandan space Engineers.
Its high time Uganda moves forward and having its first satellite. It’s a great gift that has come around the right time after Uganda celebrating 60 years of independence this year. 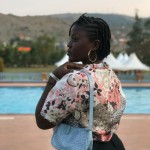